We provide you with door to door service as well as with luxury vehicle to make your day trip care free.

In case of your hotel/private accomodation is located in strictly pedestrian zone, we will coordinate meeting point with your host or provide you with nearest possible meeting point, same is true return to Split.

Upon arrival back to Split, Split, Trogir & Salona Private Guided Tour is finished.

What to expect on Split, Trogir & Salona Private Guided Tour?

Your journey begins with meeting your driver at the given hotel / private accommodation address, at previously agreed time of departure.

Only 20 minutes in to our journey, our first stop are ancient Roman ruins of Salona. 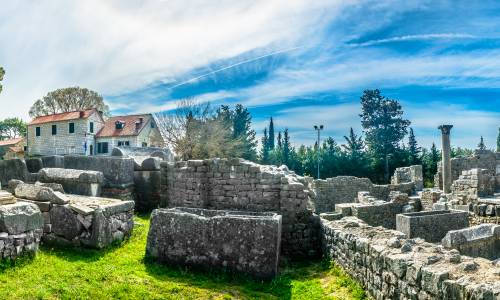 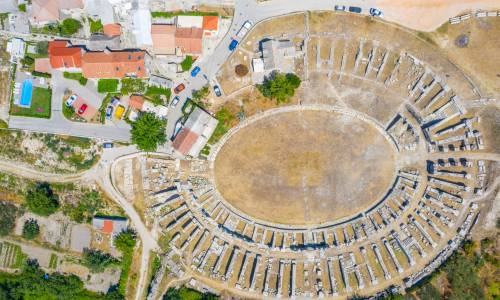 The ruins of Salona, ​​the capital of the ancient Roman province of Dalmatia, are located 6 km north of Split.

Salona is an archaeological site located in the modern city of Solin in Croatia.

Salona was the largest Roman city at the time in the area with 60.000 inhabitants. At its peak it had amphitheater, early christian basilicas, great temples, massive stone walls… it was mostly destroyed by invasions of Avars and Croats in the 7th century AD.

Salona remained a Roman city in the 5th and 6th centuries, becoming an important center for the early Christians of the area and remained Roman longer than most other cities in the western half of the Roman Empire.

Once finished exploring these fasciniting ruins our journey to Trogir begins. 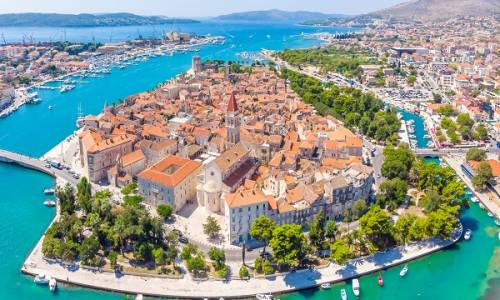 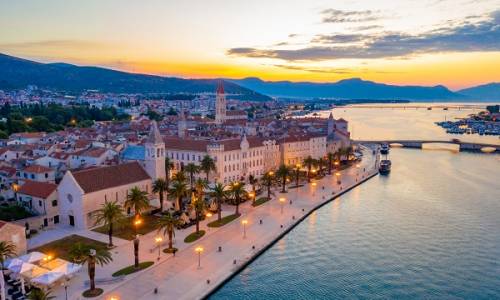 The historic town of Trogir is considered to be the best preserved Romanesque-Gothic complex in Central Europe, not just in Croatia.

One of the sights worth visiting is the Trogir Cathedral of St. Lovro (St. Lawrence), located right in the center of this Romanesque town.

Founded by the Greeks from Vis in the 3rd century BC, Trogir can be compared with any city on the Dalmatian coast in terms of the number of historical monuments, and the Trogir Cathedral is one of the most beautiful on the Adriatic.

The historical core of Trogir is one of the reasons why it has been recognized by UNESCO. Located just 27 km northwest of the largest Adriatic city of Split, Trogir is often referred to as the city of museums due to its historical and cultural
significance.

After visiting this beautiful Dalmatian town our journey back to Split begins. 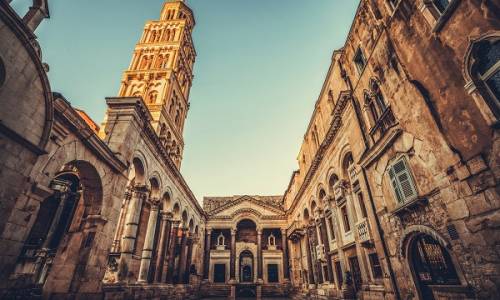 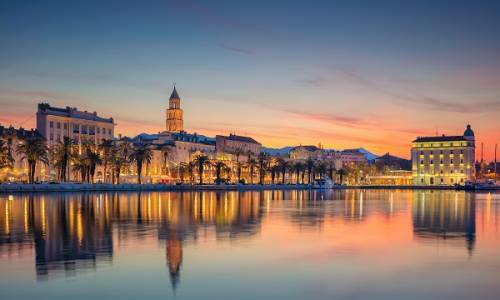 The historical complex of Split with the Diocletian's Palace is a UNESCO World Heritage Site in Croatia, registered in 1979.

Built by the Roman emperor Diocletian as a retirement home, the 1,700-year-old palace is no lifeless ruin, it is the beating heart of Split, the historical center. Built for Diocletian in the early 4th century AD, Diocletian's former palace was even more like an entire city than a mere palace, with the emperors' quarters occupying about half of thesprawling structure.

What about entrance fees for the attractions?

Entrance fees are not included in the price of the tour therefore please prepare the exact amount when you meet your driver & tour guide at the day of the tour.

Entrance fees for the attractions

Tour guide for Split, Trogir & Salona Private Tour is included in the price of the tour.

How do I book my Split, Trogir & Salona Private Tour?

If you choose to have, wine tasting and/or oyster tasting, contact us for pricing and further information.

What kind of vehicles can I choose from for my Private Tour?

The best way to visit Trogir & Salona from Split?

The best way of visiting Trogir & Salona from Split is by using a Private Transfer Service.

Our Professional and Knowledgeable Drivers will ensure that you experience your Private Tour in best possible way.