Hire a private driver & vehicle for your Split to Dubrovnik transfer.

If you wish to make a simple Split to Dubrovnik transfer in to a one way day trip, we can offer you following: 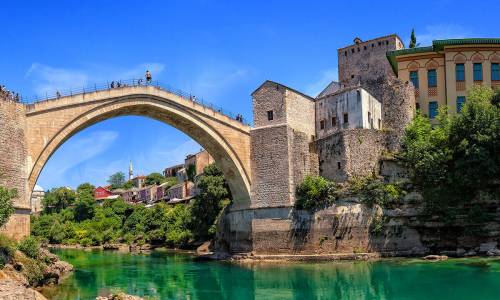 Split to Dubrovnik via Mostar 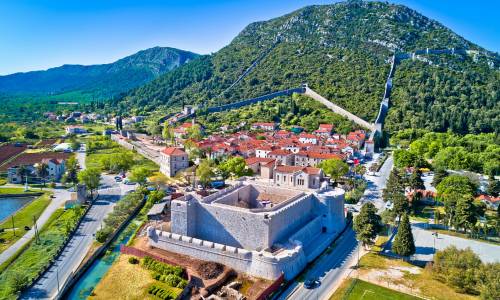 Split to Dubrovnik via Ston 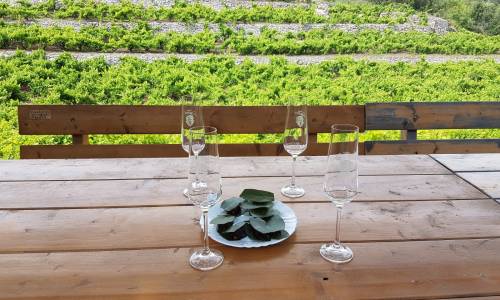 In case of your hotel/private accomodation is located in strictly pedestrian zone, we will coordinate meeting point with your host or provide you with nearest possible meeting point, same is true for drop-off in Dubrovnik.

You will be offered by your driver to stop for a coffee/toalet break at a place with spectacular view.

Upon arrival at the provided address in Dubrovnik, Split to Dubrovnik Private Transfer service ends.

Quality of our service is available on the Click2Shuttle TripAdvisor profile.

How to get from Split to Dubrovnik?

Easiest and most comfortable way to get from Split to Dubrovnik is by using private transfer service.

Thing or two about Dubrovnik

Dubrovnik is the most prominent and must see destination in this part of Europe. Also known as ”the Pearl of Adriatic”, Dubrovnik is situated on the very end of Croatia.

History of this city is so long, and there is so many things to see, so it is very hard to mark something, but we will do our best!  Founded almost 1.300 years ago by Greeks, it was also controled by Byzantines and Venetians.

In the mid 14th century Dubrovnik became independant. Although it was small comaring to Venetian and Ottoman empire, which were their neighbors, Dubrovnik Republic managed to survive. Dubrovnik is today on UNESCO Heritage list (since 1979.), and it is perhaps most popular destination in Croatia.

Dubrovnik  is proud to bare name Museum on open. Ancient walls that surround the city, Stradun, Franciscan, Dominican Monestary, Rector’s Palace, Cathedral and Spoza Palace are just tip of an ice berg what you can see.

Many tourists, either start or finish touring Croatia or region in Dubrovnik. Airport in Dubrovnik has exellent connections around Europe and several main conections trough the world.

Traveling from Dubrovnik to Split, Zadar or any destination in Dalmatia, including islands, you can make your way trough to see most popular destinations.

From Dubrovnik,   it is also very popular to do day trips to Montenegro or on your way to e.g. Split, to make a stop at Mostar or Međugorje in Bosnia and Herzegovina.

Transfers to and from Dubrovnik are very popular among tourists. Making your private transfer from Split to Dubrovnik, or anywhere in Croatia, you can use our state of the art highways or enjoy in panoramic coastal  road.

City Walls of Dubrovnik are considered one of the must see places in the world. View to the city and Adriatic sea, from the walls are breathtaking.

There are three main enterances to the walls: Ploče Gate, Pile Gate and Maritime Museum. From the very edge of Old City, you can reach one of the most popular atractions in Dubrovnik – The Cable Car or Funicular. It takes you to the top of mountain Srđ in 15 minutes.

The view to the city and Adriatic sea from the mountain is spectacular, especially when the sun is setting. Past several years, Dubrovnik has become a hot spot for the film makers.

World wide popular series ”Game of Thrones”, movies like  last presentation of Robin Hood, Dubrovnik played the role of famous Nottingham and “Star Wars – The Last Jedi”. Enough reasons to come and let us drive you trough this magic locations…